Apps for Good: building the next generation of tech entrepreneurs

You can bet that soon after Neolithic man or woman invented the wheel, a crowd of wheel entrepreneurs quickly gathered to lament the lack of wheel-building skills amongst the Neolithicers. (They obviously didn’t speed to the patent office, even though it was a light millennia for intellectual property work.)

It’s a familiar pattern. New technological developments now come at a ravaging pace. They become popular and then the cry goes out that we don’t have the skills to exploit them fully. The British Chambers of Commerce released a survey in October which found that nine out of ten firms thought that school leavers were not ready for employment and over half claimed the same about graduates.

We headed over to Canary Wharf to see the winners of the charity, Apps for Good’s app awards on 5 February. I mention it, because Apps for Good is squarely addressing the dearth of technology and business skills about which employers fret.

We first came across Apps for Good last year, when we were researching worthy causes to which to donate, instead of sending Christmas cards. The charity’s role and stats looked impressive. In 2014 over 20,000 students in 400 schools, colleges and informal learning centres participated in Apps for Good, by creating mobile, social and web apps. The organisation teaches technology skills to 10-18 year olds, including coding and the fundamentals of the digital world, as well providing experience of problem solving, creativity, communication and teamwork. All sounds very well-meaning and good, doesn’t it?

Well on Thursday, we got the chance to see the results of the annual Apps for Good Awards for ourselves and realised how good. We met some of the students who’d developed 2014’s winning apps – bringing them to market from idea, to prototype to launch. I’m not sure you really know what persuasive is, until a 10 year old has eloquently and passionately talked you through the virtues of his piggy pocket money app. And there wasn’t a dud pitch among the group of young entrepreneurs, who’d developed apps covering everything from code breaking games, to guides to crime hotspots and information and support for lesbian, gay, bisexual and transgender young people. 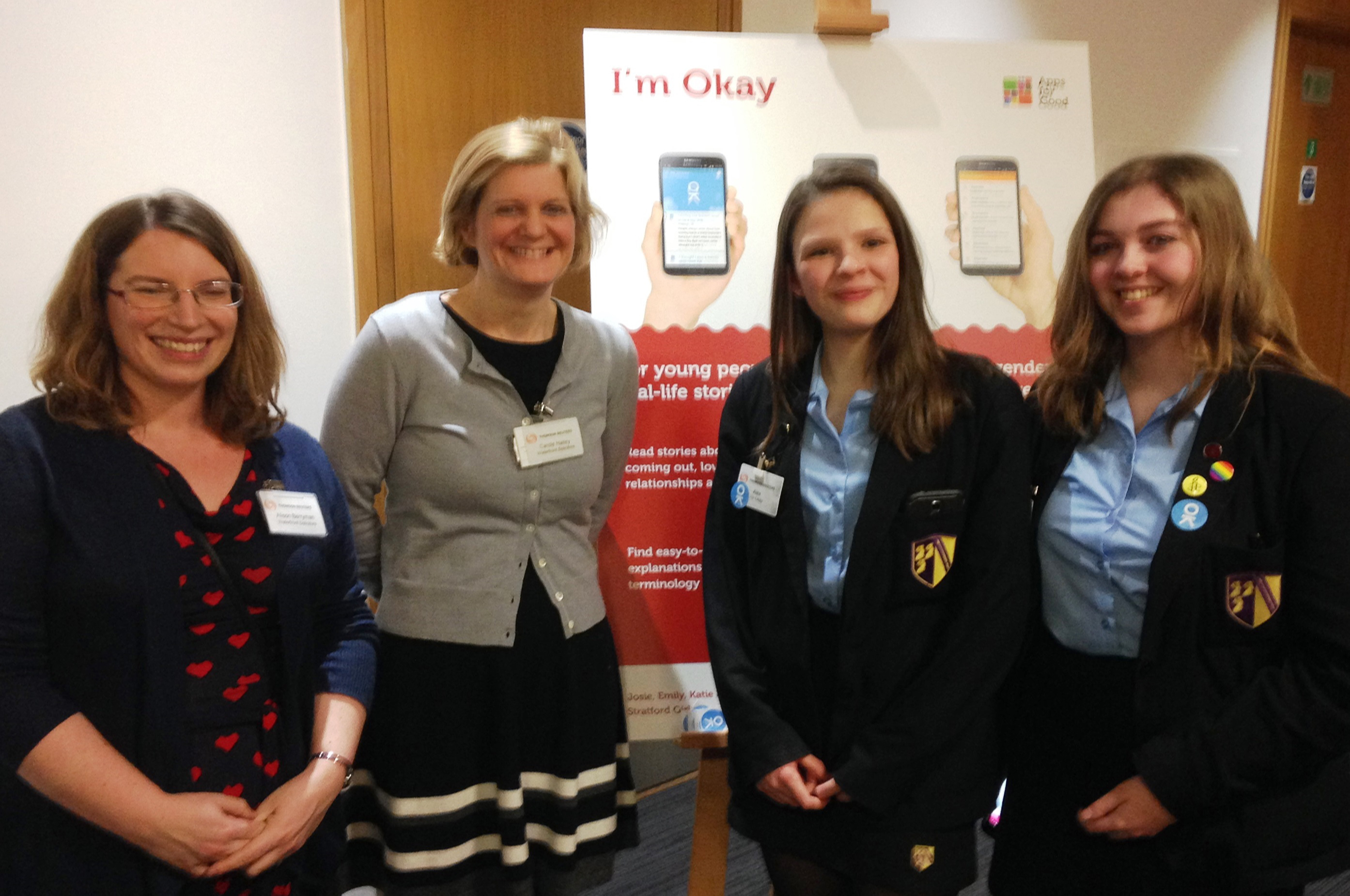 What was striking about the event was the volume and quality of ideas; the enthusiasm, insight and determination of the students and the sheer energy in the room. This is in part because Apps for Good doesn’t just focus on building much-needed techy skills; it also tries to develop the wider business and collaboration skills needed to succeed in the 21st century.

As Chairman of Apps for Good, Charles Leadbeater, put it, “The product of this programme is people, not apps.” It’s a point that was echoed by Bob Schukai, Head of Advanced Product Innovation at Thomson Reuters when he said, “We want ideas that create an emotional connection.” (While the Head of Humdrum Product Churn was obviously busy washing his hair and watching Emmerdale.) Anyway, the point is that the technology is important, but it’s the students’ creative and collaborative skills that the programme seeks to develop and that stand out so sharply.

And it’s the emotional connection that made the event hum. As well as the sound of the adults’ brains whirring to work out the best way to attract these young people to their businesses to fill the skills gap. We don’t normally plug things, but there seems little point in reinventing the wheel. You too can support Apps for Good with a donation or by becoming an official expert working directly with young people to develop their app ideas.

Waterfront Solicitors are specialist app development lawyers, who are experts in the field.