What Brexit Means For You And Your Workforce

“Brexit means Brexit,” our Prime Minister has been insisting - for employers and European staff as useful a clarification as “eggs means eggs,” “beans means Heinz” or “love means never having to say you’re sorry.”

But now at last we are beginning to get an indication of how she would seek to alter immigration from Europe.

“What the British people voted for on the 23rd of June was to bring some control into the movement of people from the European Union,” May explained at the G20 Summit, before confounding those who had campaigned to leave the EU for an Australian points-based system by adding: “a points-based system does not give you that control.”

This week Theresa May gave the Conservative Party Conference further clues as to her priorities. “Let me be clear,” she announced. “We are not leaving the European Union only to give up control of immigration again".

Brexit, May insisted, meant having “the freedom to make our own decisions on a whole host of different matters, from how we label our food to the way in which we choose to control immigration.” This would appear to rule Britain out of a Norway-type participation in the single market which relies on abiding by common rules.

May denied the position of most European diplomats that there is a trade-off between participation in a common market for goods and services and freedom of movement of people. But the writing is clearly on the wall now as the pound plunged to a 31 year low against the dollar following her speech.

It appears that May’s government is intent on being seen to end the current regime of freedom of movement from the European Economic Area whatever the cost. Whether there will be a genuine limit to immigration numbers or tokenistic changes depends largely on how negotiations pan out after Article 50 - the formal notice to leave the EU is invoked. 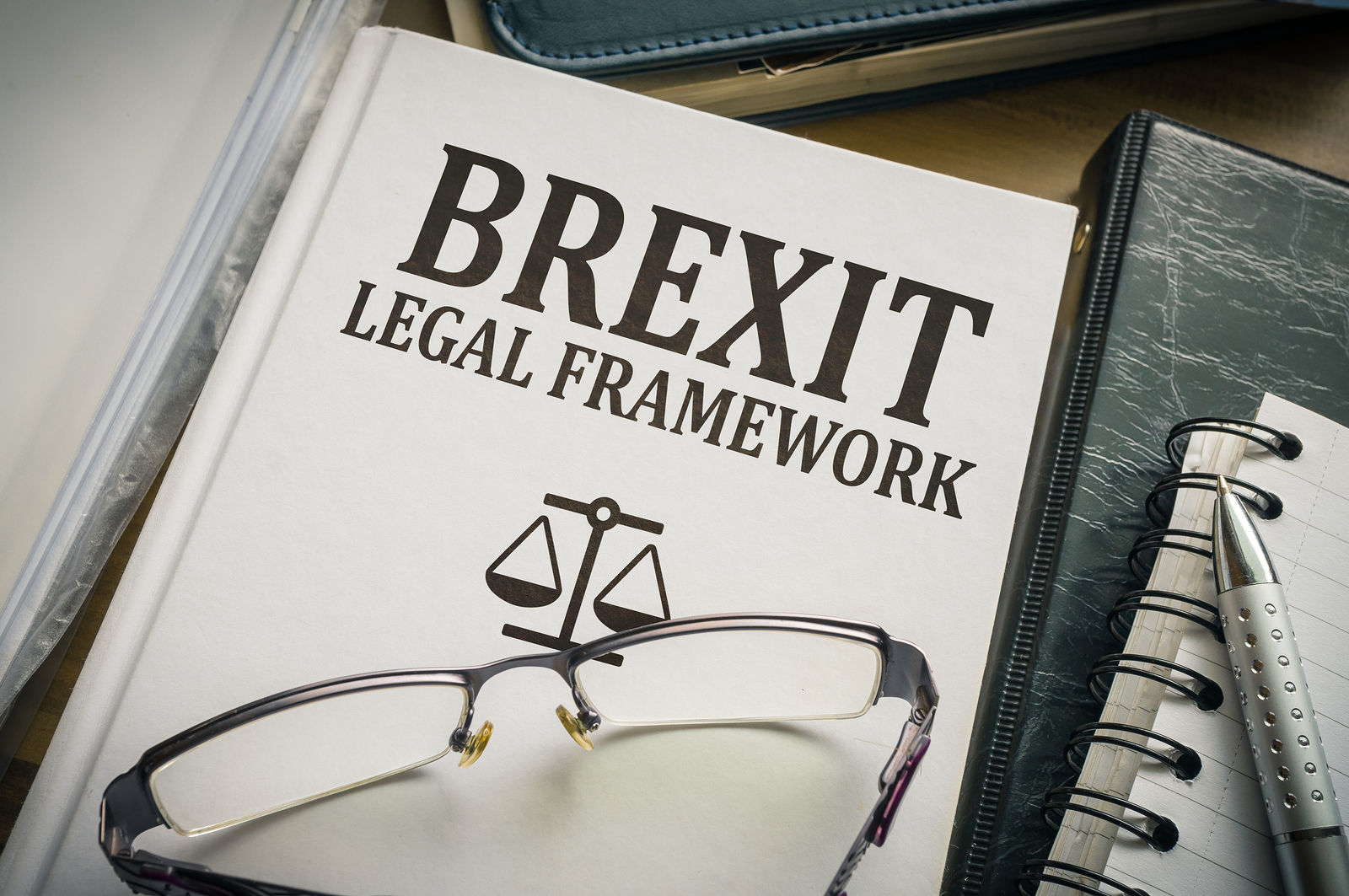 Meanwhile all this uncertainty is taking its toll on the estimated 3.5 million plus EU nationals living in the UK. (For the purpose of this article, by ‘EU nationals’ I will also refer to European Economic Area and Swiss nationals who are all in the same rocky boat.)

My immigration colleagues and I have been very busy giving anxious employers, EU nationals and families living in the UK a steer since the referendum result on 24 June 2016.

The British Chamber of Commerce recently reported some companies already losing European staff who do not want to hang around. In a survey of 800 businesses employing EU staff the Chamber of Commerce also found 41% of companies report their EU employees express anxiety over their future residency status following the vote to leave the European Union. Sadly it is unlikely that there will be any reliable reassurance for them until EU withdrawal negotiations occur.

Theresa May this week announced that Article 50 - the formal notice to leave the EU will be invoked before the end of March next year. Which means the UK looks set to leave the EU by 2019. In the meantime, the UK remains part of the EU until talks are concluded, and a government statement this summer reiterated that “there has been no change to the rights and status of EU nationals in the UK, and UK nationals in the EU, as a result of the referendum.”

But I would not advise a wait and see approach. As soon as Article 50 negotiations are concluded the rights of EU nationals may not be guaranteed by EU protocols any more unless transitional measures have been agreed on. Rights EU nationals may have never questioned before cannot be 100% guaranteed at that point.

If the UK retains certain strategic international agreements – either by remaining a member of the EU, entering a new agreement with the EU, the EEA, or the single market in some form - many of the existing free movement provisions may well remain in place.

Alternatively the UK might enter bilateral agreements with certain EU member states and introduce more stringent immigration measures for nationals of other EU states. If we do not enter any such agreements, all EU nationals and their family members may well pay the price by facing a whole new set of criteria for staying in the UK.

There is much pressure in Westminster to guarantee the rights to stay for those who would have qualified under European agreements on the date of the referendum on 23 June 2016.

But this is an arbitrary cut-off point. For instance, what of the rights of those who will have worked here long enough to qualify for permanent residence in the UK after 23 June? Will time spent in the UK exercising EU rights beyond 23 June count for anything once the free movement provisions are no longer in force?

HR departments can prepare for Brexit by reviewing the details of their EU national and family member workforce in the UK. Also any UK citizen employees who may be on assignment in the EU.

While there has never been a legal requirement for those eligible to apply for a card, now is the time to discuss with EU nationals and family members applying for Registration Certificates or Residence Cards or for Permanent Residence Cards for those (and their qualifying family members) who have resided and worked continuously in the UK for at least five years.

Such applications can be relatively straightforward where evidence of employment is available. Others who did not anticipate needing to make such an application may well have issues with gathering sufficient evidence from past employers or education institutions which may have closed down, or records of self-employment and comprehensive sickness insurance for periods when they have not been working.

We do not know when the cut-off point will be to apply for rights accrued under EU agreements, and the Home Office is already snowed under with such applications, with processing times running up to the legal six month time limit.

Employers and their EU national or family member employees would be prudent to brace themselves for a possible post-Brexit regime of longer processing times, additional documentation requirements and higher fees for applications as well as possible stricter procedures should the Rules for EU and non-EU nationals be brought in-line.

Employers may suddenly face civil penalties for illegally employing anyone who would  become subject to immigration control and have no right to work. There are already enough obstacles to employers being able to gather the prescribed ‘right to work’ documents to protect themselves against a civil penalty without the position of EU nationals and their family changing.

I always remind employers that since 12 July 2016 they also face potential criminal sanction if they have reasonable cause (knowledge was the threshold pre 12 July) to believe that they are employing an illegal worker.

Senior civil servant Mark Sedwill stated over the summer that EU citizens who had lived in the country for five years and obtained a permanent residence card cannot legally be told to leave. However, the rights of other European nationals are still subject to negotiations which have not even started yet. The right to work, live and have access to welfare and health systems depend on EU law, and unless similar rights are granted to Brits living in the EU by every member state, they would automatically be lost.

Different sectors are set to lobby increasingly to preserve freedom of movement for their European employees - whether the highly skilled staff the city financial firms need to keep London a banking hub; the trained NHS staff filling shortages at all levels or the equally important majority of elderly and disability carers who arrive here from the EU.

However while 84% of Brits in recent opinion polls (including 77% who voted Leave) think it only fair that EU nationals already here should be able to stay, 79% polled want Britain to pull out of free movement of people agreements with the EU. And Theresa May this week appears to have taken this to heart, vowing that “controlling immigration” will be a priority.

Right now there appears to be very little political capital for maintaining freedom of movement even if that costs post-Brexit Britain dearly by losing access to the common market and burdening employers with lots more work to get hold of the best staff Europe has to offer. I end up saying this every year, but it’s definitely going to be an interesting time to be an immigration lawyer. 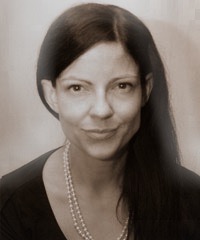 Vanessa Ganguin's UK immigration law career has spanned over more than 20 years and she is regarded as a leader in the field with excellent Home Office and consular connections by legal publications such as Who’s Who Legal, Legal 500 and Chambers. Vanessa Ganguin set up niche immigration practice Ganguin Samartin last year with US immigration specialist Paul Samartin. Vanessa acts for corporate and private clients in work, family, human rights, and investment-related immigration matters. She is renowned for her flair for appeals and challenging refusals. Vanessa speaks regularly at conferences, lectures on immigration law to other practitioners, writes on topical immigration issues and makes media appearances.

Ganguin Samartin is a leading niche immigration law firm based in the City of London specialising in high-level UK and US immigration advice for all sectors of business as well as individuals. The firm is led by Vanessa Ganguin and Paul Samartin, two of the most highly regarded immigration experts, recognised as leaders in their field by the major legal publications.