Directors often want to transfer assets to, or acquire assets from, the company – often without realising that there is a special procedure that must be satisfied.

Under the Companies Act 2006 (Act), directors are required to disclose to the board any direct or indirect interest they may have in a transaction with the company. In addition, the Act requires shareholder approval for substantial property transactions.

So when does a transaction require shareholder approval?

Well there are two scenarios:

Who is ‘connected to’ a director of a company?

Have a look at our other blog, “Are you Connected?”

What do you mean by a ‘substantial non-cash asset’?

What approval do you need?

Under section 190 of the Companies Act 2006, substantial property transactions require approval from members. Shareholder approval can be given before the transaction  is entered into or after the transaction has been agreed provided the transaction is conditional on members' approval being granted.   Such a resolution can be passed as an ordinary resolution (e.g, a simple majority of the total voting rights of all eligable shareholders)  unless the company's articles require a higher approval level (e.g, a special resolution).

What happens if you fail to obtain shareholder approval?

In the event that a substantial property transaction takes place without shareholder approval, the parties involved should seek to have the transaction ratified (i.e. subsequently approved) by the shareholders as soon as possible.

Give me an example of a substantial property transaction.

Let’s start off with a simple example:   Tom decides to assign a software program to Company A for £150,000. Because Company A is to acquire the software program (which is a substantial non-cash asset) from its director (Tom), the shareholders of Company A must pass a  resolution authorising the transaction.

Ok, now we can get a bit more complicated:   Company C wants to make Dick (Tom’s stepson) an offer for his software program. Company C is acquiring a substantial non-cash asset from Dick, a person connected to a director of its parent company (Tom), but because Company C is a wholly owned subsidiary of Company A, Company C does not have to seek the shareholders’ approval. However, if Company A only owned 75% of the shares in Company C, both Company A and C would be need shareholder approval.

You’ll need your thinking cap for this one: Company B wants to sell its software development business. Company A has agreed to purchase Company B’s business. However, instead of paying cash, they will issue 750,000 ordinary £1 shares to Company B. Prior to completion, both Company A and Company B will need to obtain shareholder approval because:

If you have any questions on any of the above issues, please contact the Waterfront Solicitors Corporate Team on 020 7234 0200 or by e-mail at  contact@waterfront.law 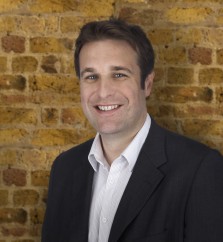 Matt advises clients on a wide range of corporate matters, including setting up  businesses, venture capital, joint  ventures, and mergers and acquisitions. He has  particular expertise in advising entrepreneurs and investors in  the IT, technology and  digital media sectors. His experience working in-house at Telehouse Europe, a leading  provider of co-location services to the IT and telecoms industries, and as part of the IT team at Waterfront (2007- 2009), has given him a good understanding of the legal issues facing technology businesses.

Matt has advised in relation to numerous venture capital investments in tech start-ups and early stage businesses. He is equally able to advise entrepreneurs and investors on the challenges they face and he is valued by his clients for his practical, commercial approach.