The Premier League renews its battle with illegal streaming

On Friday night the Premier League returned with Arsenal beating Leicester 4-3 to temporarily propel themselves to the top of the 2017/18 table. Over a million Sky Sports customers are expected to have tuned in to watch the entertaining encounter which was broadcast live in 189 different countries, such is the global attraction of the world’s most lucrative league.

Undoubtedly, many others will have tried to watch the match by accessing an illegal stream online. Indeed, a recent BBC survey revealed that 36% of supporters said they streamed live Premier League matches online through an unofficial provider at least once a month. This represents a massive problem for not only the Premier League, but also Sky and BT who invest significant sums for the privilege of exclusively broadcasting matches (the most recent rights package was sold for a combined £5.14billion over three seasons!). In particular, the problem has been exacerbated by the emergence of set top boxes and media players which allow applications such as Kodi to be installed and provide access to streams through various add-ons.

The Premier League owns the copyright in films comprising television footage of all Premier League matches, and in artistic works which appear within that footage. This article looks at how these rights are being enforced to combat the issue of illegal streaming. 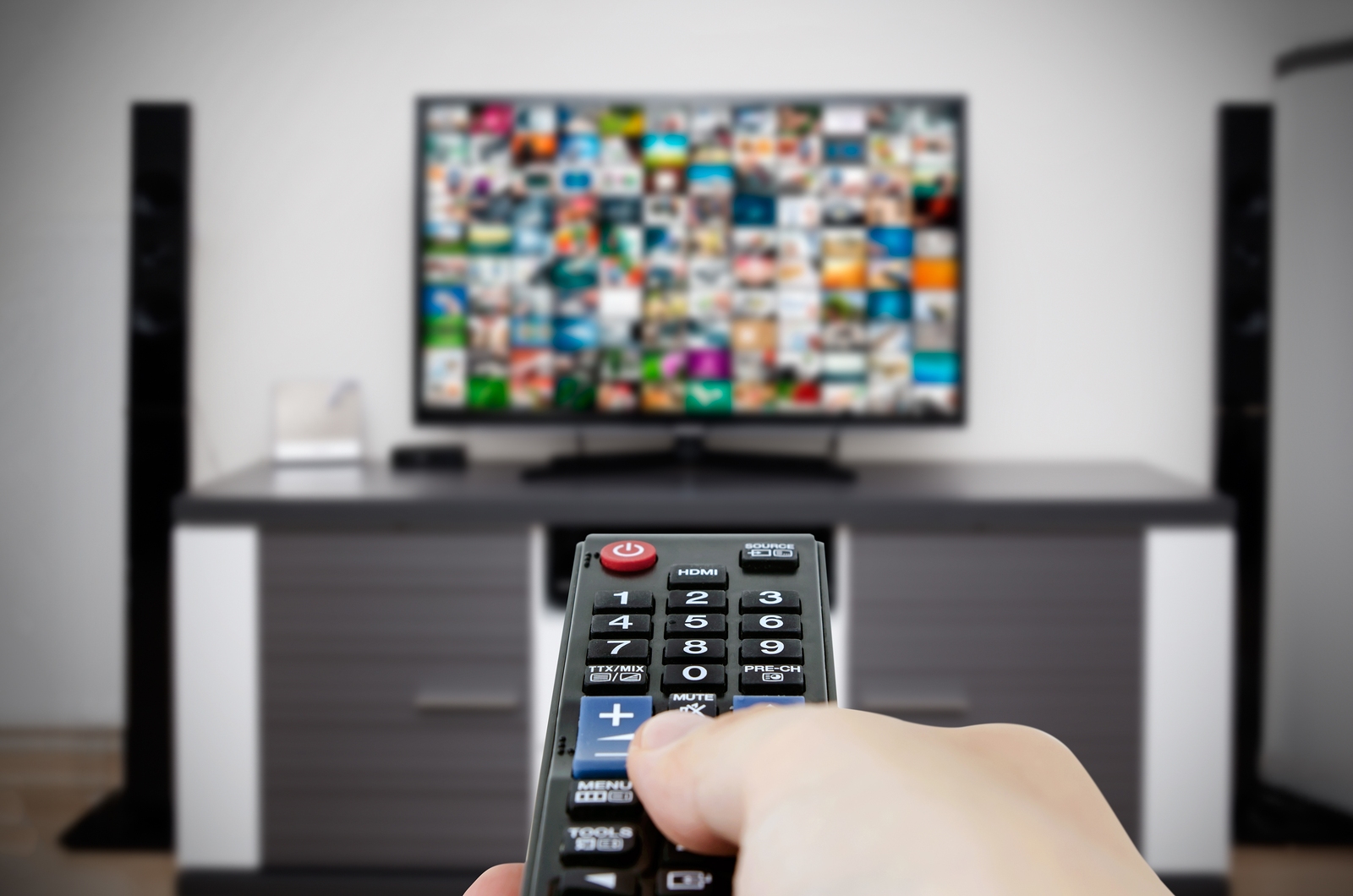 How does streaming work?

The starting point is to understand that four main elements are required to stream live content to consumers. Firstly, a source feed of infringing footage is required (typically sourced from a cable or satellite decoder box being used to receive a licensed service by an authorised Premier League licensee). Secondly, there needs to be a platform to manage distribution of the footage. Thirdly, a streaming server hosted by a hosting provider is necessary to transmit copies of the footage and, finally, consumers need a user interface to access the footage in real time.

The way people watch TV (including sport) is changing. Consumers are increasingly turning to set-top boxes, media players (such as the popular Amazon Fire TV Stick) and mobile device applications which can be used to access infringing streams.

In particular Kodi has emerged as a new means to watch infringing content. Kodi is free software that is designed to bring different types of media, including videos, music, games and photographs, together in one easy-to-use application. However, the software can be modified with third-party add-ons that provide access to infringing streams making said streams significantly more easily accessible to consumers.

Copyright owners have historically dealt with illegal streaming by making applications against internet service providers (‘ISPs’) under Section 97A of the Copyright, Designs and Patents Act 1988 (‘CDPA 1988’) for a blocking order. This statutory provision provides that the High Court has power to grant an injunction against a service provider, where that service provider has actual knowledge of another person using their service to infringe copyright.

Previous cases under this provision have successfully forced ISPs to block access to infringing streaming websites. For example, back in 2013 the Premier League obtained an order blocking a website known as ‘FirstRow Sports’ which provided links to video streams showing matches. However, because media players using the Kodi software do not require access to websites in order to operate, a website blocking order is unable to remedy this type of streaming.

Earlier this year the Premier League made an application under s.97A CDPA 1988 seeking to block access to specific streaming servers directly. If access to a streaming server is blocked, all access mechanisms (including set top boxes and media players with applications such as Kodi installed) will be disrupted. The case signalled a significant development in UK copyright law as no such order had previously been sought.

In March 2017 the Premier League’s application was considered in the High Court. The Defendants in the case were six of the leading UK ISPs – namely, BT, EE, Plusnet, Sky, TalkTalk and Virgin – all of whom have a direct or indirect interest in the protection of Premier League’s copyrights. BT and Sky are the two exclusive licensees of broadcasting and internet transmission rights for Premier League footage in the UK. Virgin and TalkTalk both retransmit BT and Sky’s licensed channels to its subscribers, whilst EE and Plusnet are wholly owned subsidiaries of BT. Unsurprisingly, the Premier League’s application was therefore not opposed and a draft order was agreed between the parties prior to trial including the following notable features:

Although the terms of the order had been agreed between the parties, the court still had to consider whether or not it should be granted.

For an order to be granted under s.97A CDPA 1988 a Judge needs to be satisfied that (i) the Defendants are service providers; (ii) the users or operators of the target websites (or in this case servers) are infringing copyright; (iii) these users or operators are using the Defendants’ services to do so; and (iv) the Defendants have actual knowledge of this. The focus then turns to whether or not the court should exercise its discretion to grant the order and whether or not it is proportionate to do so.

In the present case it was plainly obvious that the ISPs are service providers and that acts of copyright infringement were being committed. The Premier League’s film and artistic copyrights are copied by each and every user who access the stream (the computer, mobile device or set-top box will create a copy of the works in the memory of the device). Further, the copyrights are communicated to the public by operators of the identified streaming servers which is also an infringing act under UK copyright legislation.

It was also clear that the ISPs’ services were being used to commit these infringements and the ISPs had knowledge of this activity. The judge therefore concluded he had jurisdiction to grant an order of this type.

Further, it was held to be proportionate to grant the order sought given the rights and freedoms engaged. The Premier League has a legitimate interest in curtailing infringement of its copyright and the order was not going to impair the ISPs' freedom to carry on their business. It was also highlighted that the freedom of internet users to impart and receive information will never extend to a right to engage in copyright infringement.

A significant win for the Premier League was therefore secured and the order (the first of its type to block streaming servers) was granted for the final two months of last season.

The short duration of the order obtained in March was intended to enable an assessment of its effectiveness, and of any issues encountered, with a view to the Premier League applying for a similar order to cover the whole of the 2017/2018 season.

The Premier League has recently published a press release announcing that a blocking order covering the whole of the 2017/18 season has now been obtained. This means that for all 38 Premier League match weeks a weekly list of server IP addresses will be submitted to the six leading ISPs which will then be blocked during the times of live televised games.

Unfortunately, the specific form of this season-long order is not yet publically available, however it is expected that the order is largely identical to one discussed above (not least because the Premier League has boasted of its success in blocking more than 5,000 server IP addresses that had previously been streaming illegal Premier League content). Nevertheless it will be interesting to read the judgment relating to this new order once available as there is likely to be some analysis of the effectiveness of some of the mechanisms built into the ‘live’ blocking order covering the last 2 months of last season, including the weekly “re-set” function.

Illegal streaming is a problem which is not going to go away. Those wanting to stream Premier League matches will continue to try to escape the blocks placed and new technological means of infringement will probably emerge. However, the Premier League appears to have secured an early season victory with its latest order and it clearly remains committed to enforcing its copyright to combat this issue.

Matthew has experience in a variety of trade mark, passing off, copyright and design right matters from advisory to enforcement of client's IP rights. He has also worked on disputes concerning domain names and has experience acting for leading brands in brand protection and anti-counterfeiting matters. Matthew has acted for clients in litigation in both the Intellectual Property Enterprise Court and the High Court. Read more.