Santa needs to get serious. Sure, present delivery might be a walk in the park NOW. Six billion people? Piece of cake. But what about 8 billion? 10 billion even? Has he even considered the future colonisation of Mars?

Santa might well be able to move at the speed of light on Christmas Eve, but he needs well drafted, tightly ho-ho honed contracts with his suppliers and Elves to make sure, come 00:00 on 24th December, he’s ready to deliver.

In short, he needs Waterfront Solicitors. So let’s break this down:

Apparently, Santa’s Elves make the presents. But what if some get sick, injured or quit?

Santa’s going to need to reach out to suppliers and if it’s 22 December, 3-5 business day delivery just isn’t going to cut it. I’m not waiting for my PlayStation 4 until Boxing Day.

So what does Santa’s contract with suppliers need to cover?

Delivery dates – this is crucial. Everything needs to be ready before 24 December so any contract needs to specify that time for delivery is “of the essence”. This means that if the supplier fails to deliver on time, Santa can terminate his contract and claim damage.

Quality of the goods – the contract should make clear that the goods (1) are to comply with their description and, if applicable, any specification and (2) will be free from defects for a certain period of time following delivery (aka a “warranty period”).

Return/refunds – If goods don’t comply with the terms of the contract or are defective, Santa will want some clear wording on remedies open to him. This would ideally include not only the right to terminate and receive a refund/replacement but also the right to claim back additional costs from the supplier (e.g. extra charges Santa might incur for having to source replacement goods in a short space of time).

The Sack and the Sleigh

Behind most successful companies is a good idea. That idea might be some software, a gadget or other product.

Santa’s Sack and Sleigh both form important pieces of technology that are central to Santa’s successful delivery of presents on Christmas Eve.

Santa’s bottomless sack is a pretty impressive piece of kit. Small enough to remain firmly gripped on the Sleigh, and bottomless enough to fit 6 billion presents.

The Sleigh is no less impressive – capable of travel at the speed of light and is able to land safely on the smallest of rooftops. 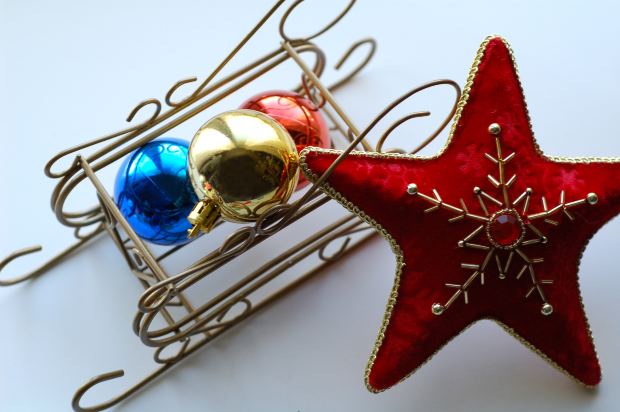 To the extent that such technology attracts intellectual property (whether this many be copyright, design rights, patents etc), it’s important that Santa secures the necessary rights to use them. For example, if a company has developed the relevant technology for Santa, the contracts should clearly state that all intellectual property rights developed under the contract are owned by Santa, or that there is at least some right to use the technology for the purpose required (“present delivery services”).

The Elves are most likely Santa’s employees, so Santa should have employment contracts in place which clearly set out their rights and responsibilities.

However, as Christmas approaches, it’s inevitable that the production of presents will need to ramp up as the orders come flooding in. This may result in Santa needing to temporarily source freelance Elves. He’ll need to have written contracts in place that:

Clearly set out the work they need to complete;

Specifically refer to a deadline or delivery date (again, dates being “of the essence”);

State that any intellectual property rights created by the Elf belongs to Santa;

Make the Elf responsible for any tax liability on payments made to him for services rendered. Last thing Santa needs is a visit from HMRC.

Are we really going to take legal action against Santa if he fails to deliver our presents on time? Maybe not, but try telling a PlayStation-less 14 year old that.

In this event, Santa could have some difficulties here.

Any terms and conditions Santa has would have to be very carefully drafted, taking into account the rights afforded to us as consumers. Given our Christmas present orders are made via mail to Lapland, present delivery will have to comply with the Distance Selling Regulations, which provides consumers with various rights, including quite favourable rights relating to cancellations and refunds of presents. Any attempt to deviate or exclude terms under the Distance Selling Regulations would be invalid, and potentially expose Santa to even greater liability, so it’s important the terms and conditions are properly drafted with the various regulations in mind.

Santa, if you’re out there, give the commercial contracts team at Waterfront Solicitors a call on 020 7234 0200 or e-mail info@waterfront.law