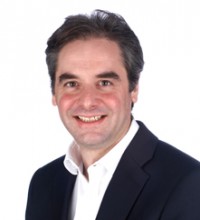 Counterfeiting in China: Waterfront’s Matthew Harris is Interviewed on the BBC World Service

Recently there has been a flurry of reports recording Jaguar ‎Range Rover’s anger at Chinese car maker Landwind. Landwind had launched its X7 model at the Guangzhou motor show. The X7, priced at £14,000, is remarkably similar in design to Land Rover’s £40,000 Evoque.

This morning, Waterfront partner Matthew Harris was interviewed about this story on the BBC World Service. The recording of that interview is here.

Matthew ‎has acted both for non-Chinese clients with counterfeiting problems in China, as well as for Chinese companies involved in intellectual property disputes in the English Courts. He also appeared before the European Court of Justice on behalf of the International Trade Mark Association in the landmark Nokia v HMRC case involving counterfeit goods in transit through the EU.

Waterfront Solicitors in London offers a number of legal services, with talented trademark lawyers, advertising lawyers, technology solicitors, IT lawyers and more. if you're interested in working with us, please get in touch to discuss your circumstances.