The last UK reference to the CJEU before Brexit?

Yesterday, his Honour Judge Hacon made a reference to the CJEU in a case involving PMS International Group PLC (PMS), a client of Waterfront Solicitors. This reference involves an important question of European unregistered Community design law, with potential wide-ranging impact for those who deal in goods throughout the EU. Depending upon what happens with Brexit, it may also be one of the last ever references to the CJEU from an English Court.

UK based, PMS, dealt in a range of “Squishimi” toys. US based Beverly Hills Teddy Bear Company (Beverly Hills) brought proceedings against PMS in the Intellectual Property and Enterprise Court (IPEC) claiming that some of these toys infringed Unregistered Community Design Right (UCD) in its “Squeezamals” products. However, several months before the Squeezamals products were placed on the market in the European Union, some of these products had been displayed at a Toy Fair in Hong Kong. 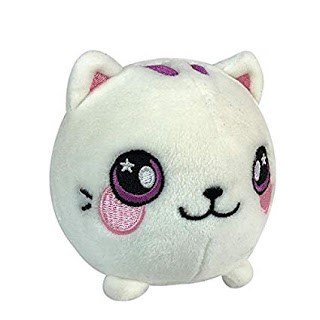 One of Beverly Hills’ Squeezamals

PMS made an application for summary judgment striking out a number of these UCD claims. It was undisputed that the display of the products in Hong Kong would have become known to the relevant circles in the relevant business sector within the Community. This, PMS argued, would have destroyed the novelty of any UCD claimed in those products when they were subsequently marketed in the European Union. There was no European or English authority on this point, but PMS relied upon the decision of the German Federal Supreme Court (Bundesgerichtshof) in Case I ZR 126/06 Gebäckpresse II.

In a judgment dated 17 September 2019 (see here) His Honour Judge Hacon concluded that PMS was right and consequently Beverly Hills’ UCDs were invalid. However, he also concluded that the relevant law was not “acte clair” and that a reference to the CJEU was appropriate. An option ordinarily available would have been to leave it to the Court of Appeal to make any reference. But the possibility of Brexit on 31 October 2019 meant there might not be the time for this. Both sides, therefore, agreed to an immediate reference from IPEC to the CJEU.

The team at Waterfront was led by partner Matthew Harris, and was assisted by Associate, Matthew Siddaway. Counsel for PMS was Chris Aikens of 11 South Square.

PMS International Group PLC is the UK's leading importer and wholesale distributor of a wide range of consumer products; ranging from Toys and Games, Novelties, Plush, Stationery items and Seasonal Decorations through to Housewares, Gardening Accessories, Giftware and Electronic Gadgets. In the words of one IP commentator, it is a company that is already “famous” in IP circles as the successful appellant before the Supreme Court in the “Trunki” court case (see here).

Waterfront is a boutique IP and technology practice, with a particular reputation for the conduct of IP litigation in the various divisions and lists of the English High Court, including IPEC. Matthew Harris previously appeared before the CJEU in the Nokia counterfeit goods in transit case, where he acted for the International Trademark Association.