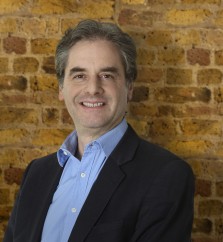 Matthew trained at Herbert Smith and became a partner in its IP and IT department in 2000.  He joined Norton Rose in 2003 where he subsequently became the head of Intellectual Property and Information Technology dispute resolution. He joined Waterfront Solicitors in December 2008.

He currently sits on the Law Society’s Intellectual Property Law Committee, where for example he led the Law Society’s discussions with the Law Commission and gave evidence to the House of Lords in respect of what became the IP (Unjustified Threats) Act 2017.

For over 10 years Matthew was a visiting lecturer in Intellectual Property Law at the Eidgenössische Technische Hochschule Zürich.  Until recently he was a general editor of, the International Trademark Association's (INTA) Annual International Review of Trademark Jurisprudence and the chair of the INTA Amicus Sub-Committee. He appeared for the association  before the European Court of Justice in the high profile Nokia counterfeit goods case.

Matthew is an internationally recognised expert in domain name law and practice.  He has been appointed by WIPO, Nominet and the Czech Arbitration Court to decide domain name disputes, having decided over 400 cases to date.

Matthew is on the London Solicitors Litigation Association list of Supervising Solicitors.

Matthew has for many years been recognised as a “Leading Individual” in the field of Intellectual Property law in the Chambers & Partners Guide. In that guide he has been described as an "accomplished lawyer" and one peer is recorded as saying "For domain names and counterfeiting, he's got the best working knowledge of any solicitor that I know."  A client added: "He exhibits a strong sense of business knowledge that complements his industry-leading experience."

Matthew’s patent expertise was recognised in the Legal 500 as long ago as 2006.  In the 2012 edition he is described as “Friendly, brilliant, direct, and able to think outside the box" and as someone who “provides the right advice on every occasion”. In 2013 the Legal 500 added that Matthew is “very bright, and exhibits a strong sense of business knowledge”. While in 2015 he is noted for being "extremely personable and engaging".