The Government’s new guidance is legally non-binding.  This means that it does not override the provisions in any contract.  However, in sending out this guidance, it is apparent that the Government is seeking to persuade parties to engage in “responsible and fair behaviour” which it considers will be “in the national interest” in the current crisis.

It remains to be seen what practical effect this non-binding guidance will have.  It may be that if significant numbers of parties ignore the guidance and behave unreasonably, i.e. by rushing to litigate, the Government may seek to legislate in this area, enshrining some of the objectives of this guidance into law.  As the Government has a stable majority in Parliament, it could introduce such laws on the Statute Book relatively rapidly.

The Scope of the guidance

A copy of the guidance can be found here.

The guidance starts with saying that:

“At a time when individuals in the UK are being asked to act responsibly in their personal and work lives – by staying at home, social distancing and self isolating – it is also right that individuals, businesses (including funders) and public authorities who are parties to active contractual arrangements which are materially impacted by Covid-19 should consider their behaviour as part of the national response to the public health emergency we are currently facing.

Responsible and fair behaviour in contracts now – in particular in dealing with potential disputes – will result in better long-term outcomes for jobs and our economy. In complex contracting arrangements, this should apply throughout the contracting chain. It will in the long term protect businesses, supply chains and opportunities in the economy. Bad behaviour will be bad for jobs and will impair our economic recovery.”

The Government attempts to explain what constitutes “responsible and fair behaviour”, as follows:

“Responsible and fair behaviour is strongly encouraged in performing and enforcing contracts where there has been a material impact from Covid-19. This includes being reasonable and proportionate in responding to performance issues and enforcing contracts (including dealing with any disputes), acting in a spirit of cooperation and aiming to achieve practical, just and equitable contractual outcomes having regard to the impact on the other party (or parties), the availability of financial resources, the protection of public health and the national interest.

In particular, responsible and fair behaviour is strongly encouraged in relation to the following:

(a) requesting, and giving, relief for impaired performance, including in respect of the time for delivery and completion, the nature and scope of goods, works and services, the making of payments and the operation of payment and performance mechanisms;

(b) requesting, and allowing, extensions of time, substitute or alternative performance and compensation, including compensation for increased cost or additional performance;

(d) requesting, and making, payment under the contract;

(e) making, and responding to, claims for damages, including under liquidated damages provisions;

(g) exercising remedies in respect of impaired performance, including enforcement of security, forfeiture or repossession of property, calling of bonds or guarantees or the initiation or continuation of insolvency or winding up (or equivalent) proceedings;

(h) claiming breach of contract and enforcing events of default and termination provisions (including termination rights arising by reason of the insolvency or potential insolvency of a party);

(i) making, and responding to, requests for information and data under the contract;

(j) giving notices, keeping records and providing reports under the contract (recognising that the need to keep records of contractual behaviours and Guidance on decisions, including the behaviours referred to in this guidance, is important);

(k) making, and responding to, requests for contract changes and variations;

(l) making, and responding to, requests for consents (including funder consents);

(n) requesting, and responding to, requests for mediation or other alternative or fast-track dispute resolution; and

The above explanatory text raises many questions and arguably does not really add much to the overall objective to act responsibly and fairly.

“Bad behaviour” is not described in the guidance, but is assumed to mean not acting in a fair or responsible way, as set out above.

While this guidance is non-binding, it may still have an impact.  For example:

Notwithstanding the guidance, for parties facing an existential threat to their business, as a consequence of contractual non-performance, urgently moving to litigation may still be justified (even in the current crisis).

If your business is facing issues relating to the non-performance of contracts, please feel free to get in touch with a member of the Dispute Resolution Team at Waterfront. 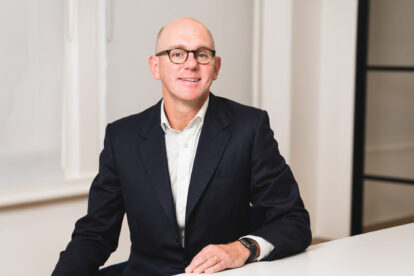