This case review from our trade mark expert, Maria-Elena Cacace, highlights the pitfall of failing to do a thorough trade mark clearance search and then being clobbered several years down the line by a major brand owner.

The Mark was owned by the first claimant from 29 August 2005 and registered in class 43 in respect of “Restaurant services; cocktail lounge services; bars; cafes; catering services; snack bars; self-service restaurants; mobile catering services; cafeterias; tea houses” The Mark was licensed to the second claimant, who runs the “China Tang” restaurant at the Dorchester Hotel on Park Lane in London.  The claimants alleged infringement of the Mark contrary to sections 10(2) and (3) of the Trade Marks Act 1994 (the “TMA 94”) and passing off.

The defendants operated a Chinese takeaway in Barrow-in-Furness also under the name “China Tang”.  In their Defence, the defendants pleaded honest concurrent use on the basis that they had been using the name “China Tang” since 2009 and had no knowledge of the claimants’ business when selected the name.  They also counterclaimed for partial revocation of the Mark for non-use, insofar as it was registered for “cafes; cafeterias; and self-service restaurants”.

Hacon HHJ first dealt with the counterclaim because under s11A TMA 94, non-use can be a defence in infringement proceedings.  The claimants did not argue that the Mark had been put to genuine use in relation to “cafes and cafeterias”.  Instead, they relied on the approach to a “fair trade mark specification”[2], saying that a fair specification would include services provided by cafes and cafeterias.  Hacon HHJ agreed dismissing the counterclaim and said that the average consumer

would consider both a cafe and a cafeteria to be a type of restaurant and that deleting either would limit the scope of “restaurant services” by implication.

The dispute in relation to s10(2) was whether there was a likelihood of confusion between the Mark and the defendants’ “China Tang” sign.

Some of defendants’ arguments included:

The Court recognised that the well-known restaurant had little in common with the take away but the correct application of the law was to consider the notional use of the Mark across its whole specification.  Hacon HHJ held that while the differences in trading styles could prevent confusion and the reputation of the restaurant was unlikely to extend to the defendants’ customers, there was a likelihood of confusion because the sign and the mark were visually similar, aurally identical and the services involved were closely similar.

In relation to s10(3) infringement, the defendants alleged that the claimants failed to satisfy the four requirements, namely

The Court dismissed the claims on the basis that the claimants failed to establish the economic element of reputation finding that it was unlikely that the Mark was known by a significant part of the UK population concerned with restaurant services.  Further, there was no evidence to suggest that the take away had taken unfair advantage of the claimants’ repute in the Mark or detrimental to the Mark’s distinctive character.

The Court found that the defendants were not entitled to a defence of honest concurrent use because their conduct was not in accordance with honest practices.  This decision was based on the defendants’ failure to carry out any trade mark or internet searches to check whether the name “China Tang” was free to use before they commenced trading.  Hacon HHJ said:

“Setting up even the smallest business is likely to require competent legal advice on a variety of matters and that should include the trading name. A public register of other parties’ rights is there to be consulted, in part so that those rights may be respected.”

The defendants accepted that the claimants had goodwill in their business associated with their trading name, however argued that this was confined to London.  Hacon HHJ referred to Caspian Pizza[3], noting that goodwill can be limited geographically and found that it was unlikely to extend to the 3-mile radius of the defendants’ take away business.  The Court also found that during the period of the 12 years of the parties’ concurrent trading of their respective businesses, there was no evidence of deception or doubt as to a connection between the two.  Accordingly, misrepresentation was not established meaning there was no damage to the claimants and the claim for passing off was dismissed.

The second defendant, Mr Gu, was found to be liable for the act of infringement as a joint tortfeasor.  Mr Gu was at all material times the sole director and shareholder of the first defendant and consequently, the controlling mind and will behind the acts of the company complained of.  Mr Gu could not rebut the evidential burden that he did not personally select “China Tang” as the trading name of the second defendant and did not personally procure the use of that name.

Given that the Court found that there was a ‘likelihood of confusion’, the defendants will also be required to undertake a complete rebrand of their trading name.  A rebrand can be an expensive and potentially damaging exercise to a business.  The lesson that can be learnt from this, is that problems can be avoided by carrying out trade mark clearance searches prior to the commencement of trade.  Engaging an experienced IP practioner to assist in this process is advisable; to provide guidance on strategy, trading name and trade mark registration for additional protection.

The defence of honest concurrent user was always going to be an uphill task.  This is a difficult defence to make out.  Furthermore, as this case highlights, this defence is not available to those businesses that fail to carry out clearance searches before commencing trading under a new name.

It is also an important reminder that officers of a company can be personally liable (particularly in the field of intellectual property) if their involvement in the commission of a tort can be shown to intend, procure and share a common design that the infringement takes place.  This is even more pertinent for small businesses which may only have one director and shareholder, as set out by Hacon HHJ in Grenade (UK) Limited[4] because an evidential burden is raised on the individual to show that, contrary to expectation, why the acts of the company complained of were not initiated and controlled by the individual. 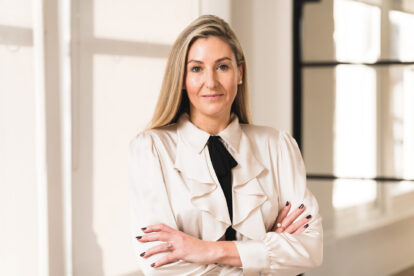