I was interested to read the recent reports in the Guardian and BBC News that Elon Musk has sent an email which requires all staff to sign a commitment to working “long hours at high intensity” and being “extremely hardcore”. They report that the alternative is that they will receive three months’ severance pay.

I am aware that the majority of Twitter’s staff are based outside of the United Kingdom (UK). That said, it does have a UK presence through Twitter UK Limited and its latest set of accounts says that Twitter employs 281 employees (although a report in the Daily Mail says there are thousands of staff based in Twitter’s London office alone).

For the purposes of this article, I have assumed that this new requirement will apply to those working in the UK. First of all, I understand that employers want their staff to be committed and focused on their work. Moreover, ensuring that employees are working in an effective and efficient manner is extremely important. However, introducing such a policy clearly comes with several legal risks and I set out some key ones below.

When reading the reports, I expect that most employment lawyers and HR professionals will straight away turn their minds to potential claims of indirect discrimination. Put simply, indirect discrimination occurs when an employer implements a policy or practice which applies to all (or several) employees but it has a worse impact on employees who have characteristics which are protected under the Equality Act 2010.

It would not be surprising if employees with certain disabilities find it harder than their colleagues to meet the requirement to “work long hours at high intensity”. For example, it is estimated, perhaps unsurprisingly, that 9 out 10 people with cancer experience fatigue. Tiredness is also a common symptom of Chron’s disease, depression and long covid, all of which are potential disabilities. There is a real risk that this new policy will place employees with these disabilities at a particular disadvantage in comparison to their colleagues simply because they will understandably find it harder to work at high intensity for long periods.

If Twitter does not make accommodations for disabled staff, it’s also likely that they will fail to comply with the obligation to make a reasonable adjustment to its policies to remove the disadvantages faced by those employees. Moreover, if employees are dismissed, disciplined or given unfavourable reviews for failing to work long hours and at high intensity, then such actions would likely amount to acts of unlawful discrimination because of something arising from disability.

In addition to potential disability discrimination claims, it is usually accepted by Employment Tribunals that women have greater childcare responsibilities than men. How would this policy impact women with children? Many will not have the option of simply remaining in the office and leaving their children at school or nursery. They will have to prioritise caring for their children during the evenings. Again, it is foreseeable that such a policy may place women at a particular disadvantage.

Potentially, those of a certain age group may also be negatively affected given that those between 20-40 are likely to have younger children.

Employees with at least two years’ service acquire the statutory protection against an unfair dismissal. If Twitter proceeds with its alleged threat that those who do not sign the commitment will be dismissed, then those employees are likely to have strong claims of unfair dismissal. The circumstances do not appear to give rise to a fair reason for dismissal and, in any event, it will be tremendously difficult to persuade an Employment Tribunal that a dismissal was reasonable in the circumstances.

If Twitter do not dismiss its employees but implements the practice in any event, employees could consider asserting that there has been a fundamental breach of their employment contract and resign. It might be arguable that there has been a unilateral variation of their required working hours as per their contract or a breach of the implied term of trust and confidence. This would entitle them to assert that they have been constructively dismissed and bring a claim for unfair and wrongful dismissal . As a consequence, they could also argue that they are released from their post-termination obligations.

Mr. Musk’s offer to pay three months’ salary if an employee does not wish to agree to the new policy appears optimistic. Its rivals are also reported to be making large scale redundancies and the job market in the tech sector currently appears particularly competitive at this moment in time. An employee’s losses could well be over three months and Twitter’s exposure could easily be more than the amount offered in its email.

The Working Time Regulations say that an employee cannot work more than 48 hours a week on average – normally averaged over 17 weeks – unless they have signed an opt out. An employee should not be dismissed or subjected to a detriment if they assert their right not to opt out of working more than 48 hours per week. As such, an employee can refuse to work above an average of 48 hours per week and they could bring a claim if they are subjected to a detriment for doing so or refusing to sign an opt agreement.

Employment contracts will set out an employee’s working hours. It’s not clear but it appears that Twitter is seeking to demand that this contract is changed. Employees could assert that this is a breach of contract and bring a claim in the Courts for damages or, potentially, an injunction (although this may be difficult to obtain in an employment context).

As stated above, clearly employers want their staff to be committed and work hard. However, introducing a blanket policy that all staff must work “long hours at high intensity” does come with significant legal risk. Mr. Musk may be comfortable with such risks and given the amount he paid for Twitter, is perhaps comfortable with the potential exposure to damages. However, my view is that this blanket approach is problematic and should only be followed in exceptional circumstances and after a careful consideration of the risks has been undertaken. 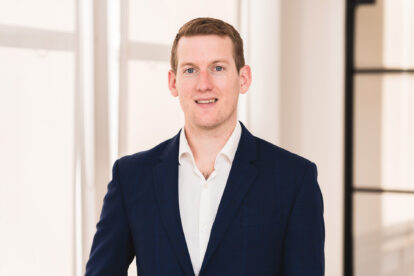 Redundancies: what is pooling?

“Pooling” is a term that comes up in many redundancy situations but employers and employees are often confused as to what it means. Put simply, when more than one person does a job and there is a need to remove some (but not all) of those roles from…