On 6 July 2022 the London Central Employment Tribunal (“ET”) issued its judgment in the case of Maya Forstater v CGD Europe and others. This judgment follows the finding of the Employment Appeal Tribunal (“EAT”) that the Claimant’s “gender critical” beliefs are protected under the Equality Act 2010. Applying the EAT judgment to the facts, the ET decided that the Claimant’s following complaints under the Equality Act 2010 were well-founded:

The Claimant’s three other complaints (two of direct discrimination and one of victimisation) were unsuccessful. The ET’s decision is not binding on any future tribunal cases, and is simply the application of the principles established by the EAT to the Claimant’s original claims.

Maya Forstater was a tax expert at the Centre for Global Development (“CGD”), a not-for-profit think-tank, who had provided the CGD with consultancy services, initially on an ad hoc basis and latterly as a “Visiting Fellow”. The Claimant had several discussions with members of the Respondents’ management during her engagement about the prospect of her being employed as a Senior Fellow and/or the renewal of her Visiting Fellowship.

On 25 September 2018 the Claimant started a Twitter discussion in which she posted various tweets around issues of sex and gender, including statements that: “a man’s internal feeling that he is a woman… has [no] basis in material reality”, and “enforcing the dogma that transwomen are women is totalitarian”. As a result, a number of the Respondents employees complained about the Claimant’s tweets on the basis that they were offensive and transphobic.

The Respondents’ management team deliberated on how to manage the controversy around the Claimant’s comments. An investigation was conducted and an external consultant was engaged to assist. Ultimately, the Respondents chose not to offer the Claimant employment as a Senior Fellow and did not renew her Visiting Fellowship. Later, following the publication of an interview with the Claimant wherein she claimed to have lost her job for saying that transgender women are not women, the Respondents removed the Claimant’s profile on their website.

The Claimant brought her claim against the Respondents in the ET on 15 March 2019.

At a preliminary hearing, the ET found that the Claimant’s beliefs did not qualify for protection from various forms of discrimination under the Equality Act 2010, as they failed the last limb of the test set out in Grainger plc v Nicholson on the basis that they were “not worthy of respect in a democratic society”.  The Claimant appealed this decision to the EAT.

On 10 June 2021 the EAT overturned the ET’s findings, setting the precedent (binding on all future ET cases) that gender critical beliefs are protected by the Equality Act 2010 and that it is unlawful to discriminate against individuals holding those beliefs on the basis of those beliefs.

Waterfront’s Matthew Hodson wrote an article on the EAT decision at the time, which can be found here.

Following the EAT judgment, the Claimant’s claims were returned to the ET and proceeded to a final hearing to decide whether they would be upheld or dismissed.

Applying the precedent set by the EAT decision to the facts of the Claimant’s case, the ET found that the decisions by the Respondents a) not to offer the Claimant an employment contract as a Senior Fellow, and b) not to renew her Visiting Fellowship, were both taken (at least in part) because of her gender critical views, and these decisions therefore amounted to direct discrimination. A key part of these findings was the ET’s view that the way in which the Claimant expressed her views (especially via her tweets) was not objectively inappropriate or objectionable in the context of the wider debate in which she was participating.

The ET also found that the Respondents had failed to provide an adequate explanation for the removal of the Claimant’s profile from their website. As such, given that the Respondents took this action against the background of the Claimant’s recent complaints of discrimination (both internally, and via her ET claim), which were ‘protected acts’ for the purposes of a victimisation claim, the ET took the view that the removal of the profile was a response to the Claimant’s complaints, and was therefore unlawful victimisation.

What are the wider consequences?

The Respondents will have the opportunity to apply to the EAT for an appeal of the ET’s decision, and it remains to be seen whether they will do so. The Claimant’s case will continue to a further ET hearing to decide what remedy she will be awarded as a result of her successful claims.

The Claimant and those who support her have held up the decision as proof that individuals holding gender critical views are now free to express those views in the workplace, given their new protection under the law. Certainly, given the EAT’s decision, it is true that employers who choose to dismiss staff with gender critical views, or subject them to some other detriment as a result of those views, may well commit unlawful discrimination by doing so.

However, the EAT was at pains to highlight in its judgment that their ruling does not provide carte blanche for gender critical individuals to freely discriminate against trans individuals. Anyone (whether they hold gender critical views or not) who harasses, bullies, misgenders or deadnames* trans people in the workplace is likely to commit unlawful discrimination by doing so.

Moreover, as demonstrated in the case of Mackereth v. The Department for Work and Pensions, it is also perfectly possible for an employer to lawfully balance the need to protect trans individuals against the need to respect gender critical views held by its employees. In that case, a Christian doctor whose job was to assess service users for benefits objected to having to use trans service users affirmed pronouns, on the basis of his religious views. In consultation with the Claimant, the DWP explored two means by which he could conduct assessments with trans individuals. Ultimately these were not deemed appropriate or practical, and so the DWP suspended the Claimant and offered him support in referring to individuals by their preferred pronouns. The Claimant chose to resign rather than accept this support, and brought claims of harassment and direct discrimination.

The ET (and subsequently the EAT) dismissed Dr. Mackereth’s claims, finding that there was no evidence of harassment and that the DWP had acted in a way that best treated transgender individuals, rather than taking any particular action directly against the Claimant because of his beliefs. Furthermore, the EAT found that any other employee who did not share the Claimant’s views but who refused to use individuals’ preferred pronouns would have been treated the same way.

There is a clear distinction here between the approach taken by the DWP and that applied by CGD. An email between CGD’s senior management which appears at paragraph 197 of the Forstater ET judgment provides a cautionary tale for employers who find themselves in such circumstances, in particular:

The Respondents in Forstater ultimately took action against the Claimant out of concerns around PR implications externally as well as people management issues internally, because of offence caused to the Claimant’s colleagues by her beliefs and the way she expressed them, and the concern that CGD might be associated by members of the public with Ms. Forstater’s views. It had no written policy to rely upon in this respect and no clear corporate position on transgender individuals or gender critical views. Had CGD set out clear policies on social media use or on equality and diversity, those policies might have given it valid grounds on which to take action against the Claimant, had she breached those policies.

*deadnaming is where a trans person no longer uses the name they were given at birth and someone nevertheless intentionally calls them by this name e.g. an individual was named James at birth, but subsequently transitions and now identifies as Mary. Calling Mary by the name James would be deadnaming them. 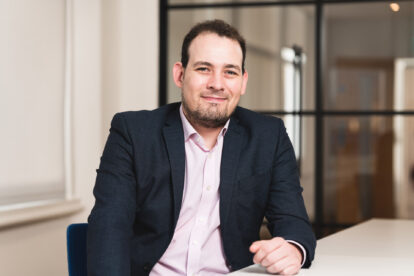 At Waterfront, our specialist employment & HR lawyers advise on settlement agreements every week but for our employee clients, signing such an agreement can be a once-in-a-lifetime event. If you have been offered a settlement agreement or you are finding the process confusing or daunting, we are here…