“Muzmatch” is a dating and marriage app that provides Muslims with the means to find a marriage partner online in a way that is compatible with Islamic values.

Match Group recently brought proceedings against Muzmatch for trade mark infringement and passing off.   It relied on a number of its registered marks including MATCH.COM and a stylised version of the word “Match”.

The common element between those marks and the “Muzmatch” sign is the word “match”.  That word is inherently descriptive, a fact that would ordinarily be problematic for claimants.

However, Match Group were able to demonstrate that it had built up substantial brand awareness in the word “match”.  As such, the average consumer would understand that the word “match”, in the context of online dating services, could be both (a) distinctive (i.e. used as a brand by Match Group) and (b) descriptive.  For example, “I met my perfect match on Match”.

That made it easier for Match Group to demonstrate that the average consumer would conclude that “Muzmatch”, through incorporation of the word “match”, was connected in some material way Match Group.  For example, as a sub-brand targeted at Muslims.

The average consumer was less likely to understand use of the word “match” as being descriptive of a service matching Muslims together.

On that basis, Muzmatch was found to be liable for trademark infringement under s.10(2)(b) of the Trade Mark Act 1994 (i.e. likelihood of confusion).

Further, the Muzmatch sign was used in an almost exclusively distinctive way (i.e. as a brand).  By doing so, Muzmatch was taking some of the benefit of Match Group’s reputation and investment in building brand awareness of the word “match” in the context of online dating without paying for it.  This included using the word “match” as part of an SEO strategy intended to attract users searching for the services offered by Match Group.

Muzmatch was, therefore, also liable for trade mark infringement under s10(3) of the Trade Mark Act 1994 (taking unfair advantage of the distinctive character or the repute of Match Group’s marks), as well as passing off. 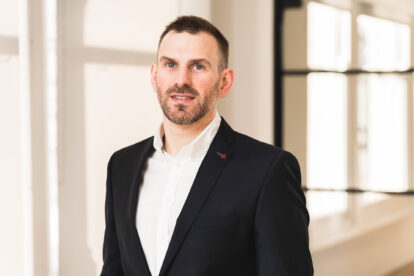 ChatGPT – can the AI generated content output be protected by copyright in the UK?

As AI technology develops, we are now firmly in the age of non-humans authoring literary content which might be worthy of protection under intellectual property laws.

One of the hottest trade mark issues around at the moment is the question of how effectively can trade mark rights protect brand owners’ interests in non-fungible tokens (otherwise known as “NFTs”).